Recently a family member needed to access some documents at a remote location that didn't support USB flash drives. Awkward to be sure, but I did some searching around and found a nice little solution that I thought I'd blog about here.

At first, I thought about setting up Filestash - but I discovered that only installation through Docker is officially supported (if it's written in Go, then shouldn't it end up as a single binary? What's Docker needed for?).

Docker might be great, but for a quick solution to an awkward issue I didn't really want to go to the trouble for installing Docker and figuring out all the awkward plumbing problems for the first time. It definitely appeared to me that it's better suited to a setup where you're already using Docker.

Anyway, I then discovered Gossa. It's also written in Go, and is basically a web interface that lets you upload, download, and rename files (click on a file or directory's icon to rename). 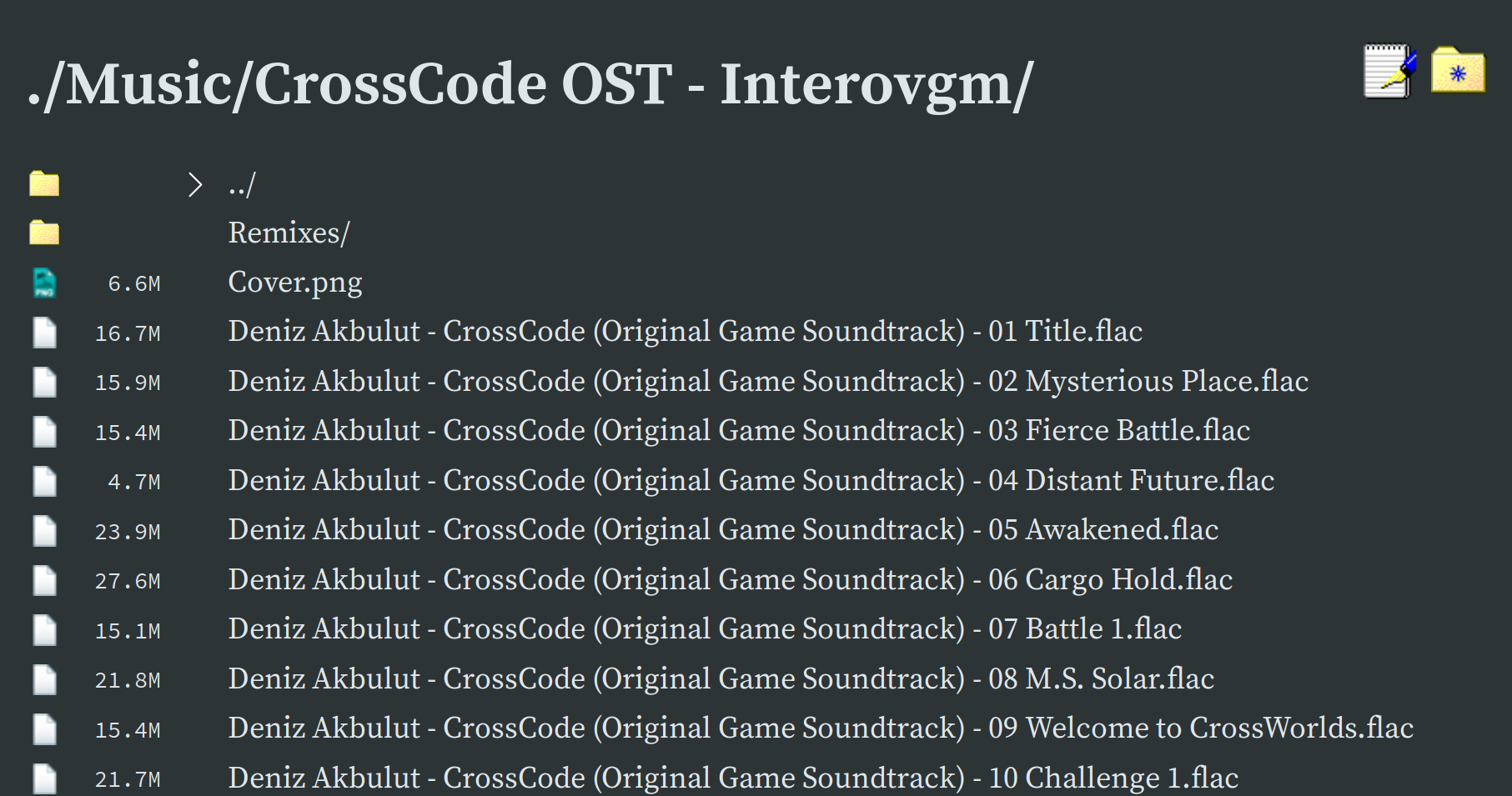 Is it basic? Yep.

(Is that Times New Roman I spy? I hope not)

Does it do the job? Absolutely.

For what it is, it's solved my problem fabulously - and it's so easy to setup! First, I downloaded the binary from the latest release for my CPU architecture, and put it somewhere on disk:

Then, I created a systemd service file to launch Gossa with the right options:

_(Top tip! Use systemctl cat service_name to quickly see the service file definition for any given service)_

Here I start Gossa listening on the IPv6 local loopback address on port 5700, set the prefix to /gossa/ (I'm going to be reverse-proxying it later on using a subdirectory of a pre-existing subdomain), and send the standard output & error to syslog. Speaking of which, we should tell syslog what to do with the logs we send it. I put this in /etc/rsyslog.d/gossa.conf:

After that, I configured log rotate by putting this into /etc/logrotate.d/gossa:

Very similar to the configuration I used for RhinoReminds, which I blogged about here.

Lastly, I configured Nginx on the machine I'm running this on to reverse-proxy to Gossa:

I've configured authentication elsewhere in my Nginx server block to protect my installation against unauthorised access (and oyu probably should too). All that's left to do is start Gossa and reload Nginx:

Note that reloading Nginx is more efficient that restarting it, since it doesn't kill the process - only reload the configuration from disk. It doesn't matter here, but in a production environment that receives a high volume of traffic you it's a great way make configuration changes while avoid dropping client connections.

In your web browser, you should see something like the image at the top of this post.

Found this interesting? Got another quick solution to an otherwise awkward issue? Comment below!

if it's written in Go, then shouldn't it end up as a single binary? What's Docker needed for?

That would be great but it's not there yet. The reasons boil down to:

1) image resizing and transcoding which run some efficient C libraries that don't have any match in the Golang world: libvips and libraw. Those libraries needs to be statically compile to be ship as a single binary but this ain't easy as some of those rely on the glib. The big blocker here is how to statically compile a dependency that rely on the glib? I've tried many approach but to date all of them have failed miserably :(

2) some third party tools that's currently expect to be available on the host like pdflatex, pdftotext and emacs that are required to handle some org-mode related features. This one would be a quick fix but the real blocker is 1)
adykb9ilb1vkacvlbh8gcc6bcc6a

Ah, I see! Thanks for clarifying. And since every distro will have a slightly different version, you'd have to compile for every arch on every distro - what a nightmare!