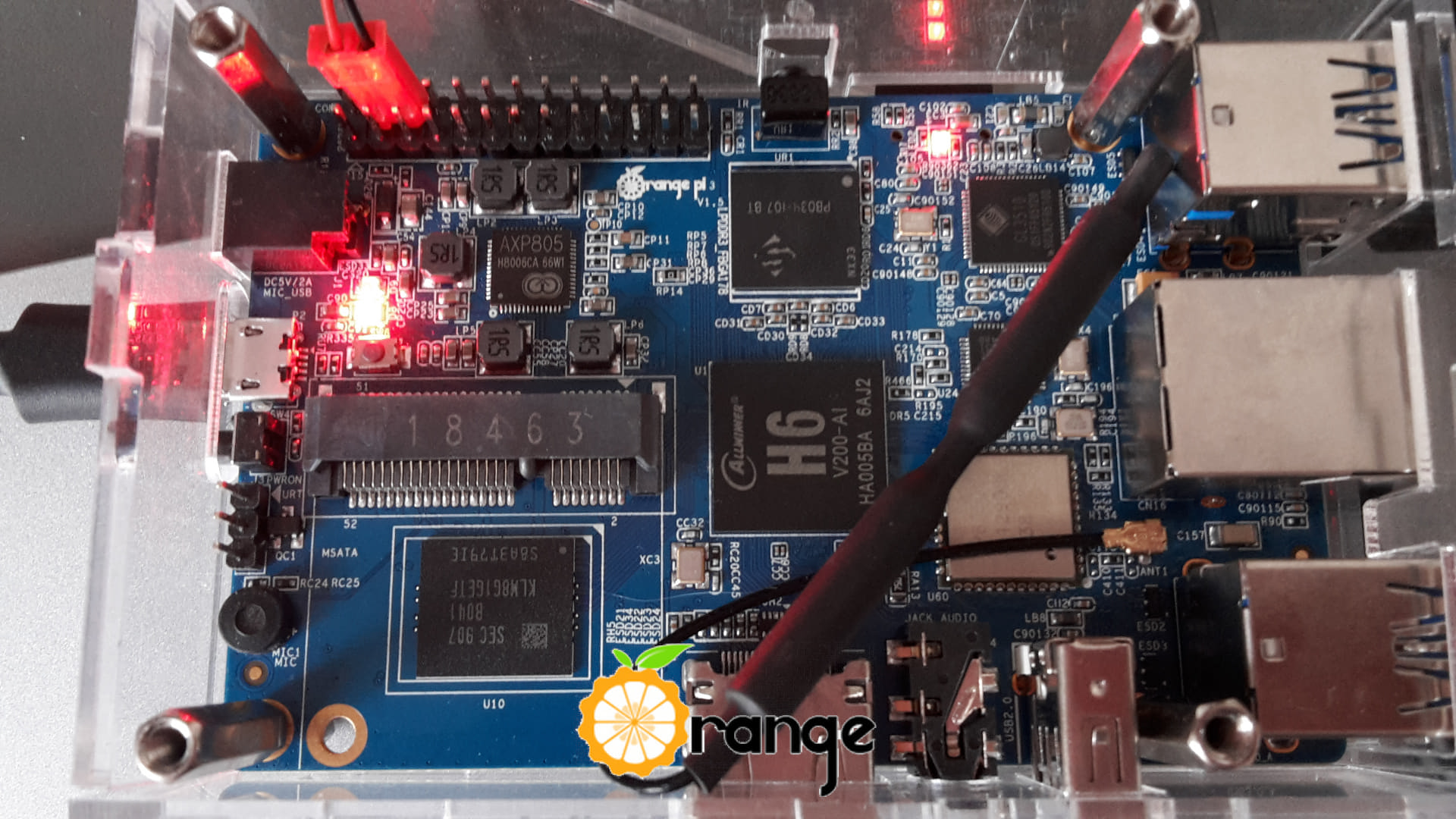 I recently bought an Orange Pi 3 (based on the Allwinner H6 chipset) to perform a graphics-based task, and I've had an interesting enough time with it that I thought I'd share my experiences in a sort of review post here.

Not to be deterred, after a few false starts I got Armbian based on Ubuntu 18.04 Bionic Beaver installed. The next order of business was to install the software I wanted to use.

For the most part, I didn't have too much trouble with this - though it was definitely obvious that the arm64 (specifically sunxi64) architecture isn't a build target that's often supported by apt repository owners. This wasn't helped by the fact that apt has a habit of throw really weird error messages when you try to install something that exists in an apt repository, but for a different architecture.

After I got Kodi installed, the next order of business was to get it to display on the screen. I ended up managing this (eventually) with the help of a lot of tutorials and troubleshooting, but the experience was really rather unpleasant. I kept getting odd errors, like failed to load driver sun4i-drm when trying to start Kodi via an X11 server and other strangeness.

The trick in the end was to force X11 to use the fbdev driver, but I'm not entirely sure what that means or why it fixed the issue.

Moving on, I then started to explore the other capabilities of the device. Here, too, I discovered that a number of shortcomings in the software support provided by Linux, such as a lack of support for audio via HDMI and Bluetooth. I found the status matrix of the SunXI project, which is the community working to add support for the Allwinner H6 chipset to the Linux Kernel.

They do note that support for the H6 chipset is currently under development and is incomplete at the moment - and I wish I'd checked on software support before choosing a device to purchase.

The other big problem I encountered was a lack of kernel headers provided by Armbian. Normally, you can install the headers for your kernel by installing the linux-headers-XXXXXX package with your favourite package manager, where XXXXXX is the same as the string present in the linux-image-XXXXXX package you've got installed that contains the kernel itself.

This is actually kind of a problem, because it means that you can't compile any software that calls kernel functions yourself without the associated header files, preventing you from installing various dkms-based kernel modules that auto-recompile against the kernel you've got installed.

I ended up finding this forum thread, but the response who I assume is an armbian developer was less than stellar - they basically said that if you want kernel headers, you need to compile the kernel yourself! That's a significant undertaking, for those not in the know, and certainly not something that should be undertaken lightly.

While I've encountered a number of awkward issues that I haven't seen before, the device does have some good things worth noting. For one, it actually packs a pretty significant punch: it's much more powerful than a Raspberry Pi 3B+ (of which I have one; I bought this device before the Raspberry Pi 4 was released). This makes it an ideal choice for more demanding workloads, which a Raspberry Pi wouldn't quite be suitable for.

In conclusion, while it's a nice device, I can't recommend it to people just yet. Software support is definitely only half-baked at this point with some glaring holes (HDMI audio is one of them, which doesn't look like it's coming any time soon).

I think part of the problem is that Xunlong (that company that makes the device and others in it's family) don't appear to be interested in supporting the community at all, choosing instead to dump custom low-quality firmware for people to use as blobs of binary code (which apparently doesn't work) - which causes the SunXI community a lot of extra work to reverse-engineer it all and figure out how it all works before they can start implementing support in the Linux Kernel.

If you're interested in buying a similar embedded board, I can recommend instead using HackerBoards to find one that suits your needs. Don't forget to check for operating system support!

Found this interesting? Thinking of buying a board yourself? Had a different experience? Comment below!