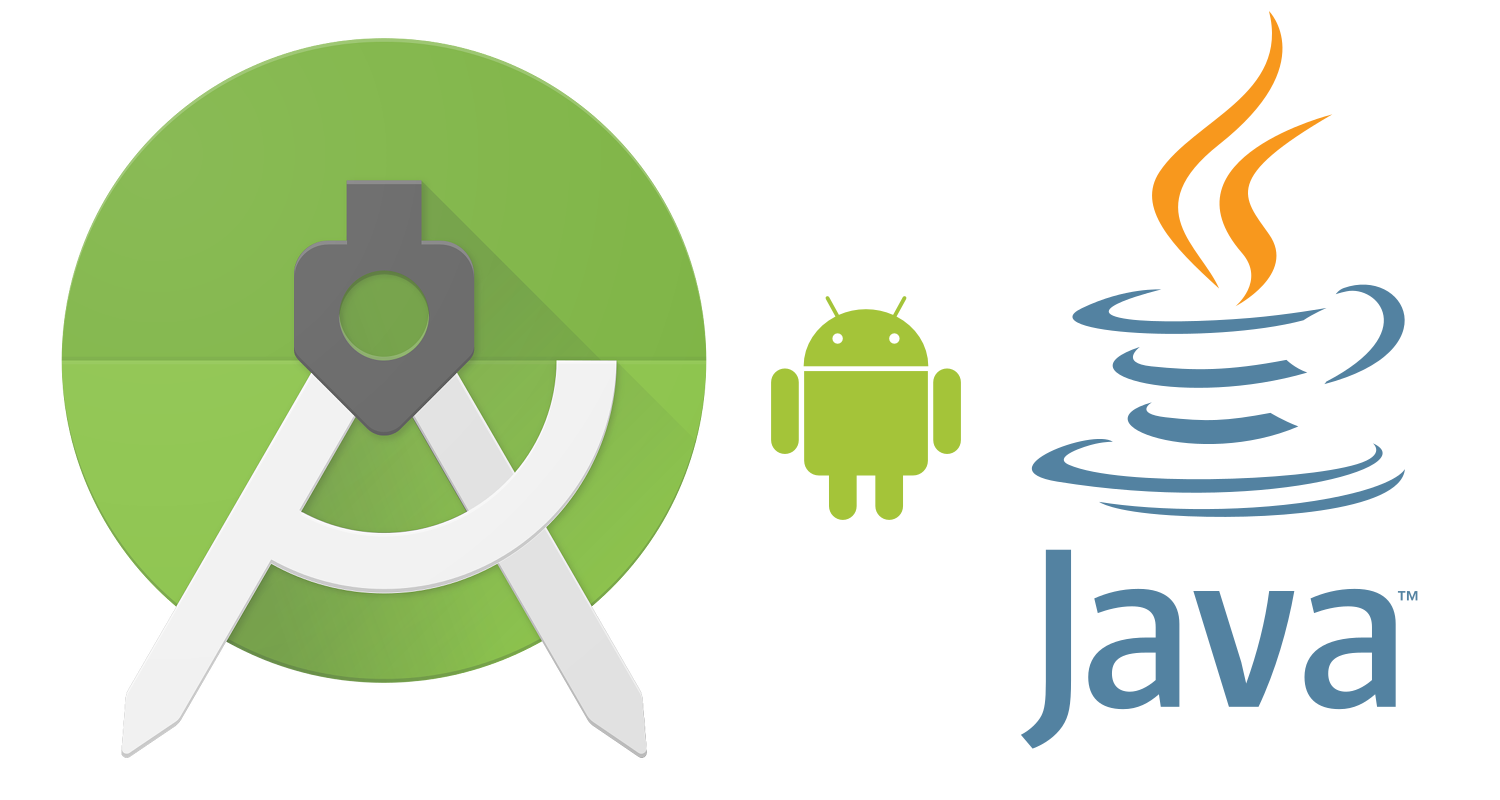 (Above: The Android, Android Studio, and Java logos. I don't own any of these - nor is this post endorsed by any of the entities represented here - they are just for illustrative purposes.)

I've been using Java pretty extensively recently, as I've been doing a module on Android development at University. It's a pretty interesting language, so I thought I'd share my first impressions here. Later on in a separate post, I'll also talk a little bit about Kotlin, Google's new language they are championing for development on the Android platform.

Firstly, Android Studio has made it really easy to get started. The code hinting / autocompletion is fairly intelligent, and provides enough support that it's not too much of a bother programming in a new environment that you've never seen before - lessening the burden of learning a new language.

It seems to me that the whole build process for Java applications has been greatly overcomplicated though. It's slow, and keeps throwing random errors - especially when I've only just opened Android Studio. This non-determinism proves especially challenging for beginners, such as myself - as sometimes there's no real way to know what's gone wrong (the error messages are not particularly helpful - I've seen several languages with much more helpful ones).

There seem to be a bunch of assumptions that the developers have made too about the user's setup and programming style - leading to confusing situations in which it doesn't work - but there's no real way to know why, as there aren't any obvious error messages.

Despite this, Java as a language has some interesting features. As a whole, I can definitely see where Microsoft got their inspiration for C♯ from, as it's very similar - just without a lot of the syntactical sugar I'm used to in C♯ that makes expressing complex data structures and algorithms much easier, such as getters and setters.

Particularly of note is the exception system. In Java, if you want to throw an exception, you have to add throws ExceptionName to the method signature. Since your main activity in Android contains overridden methods at the top level, this means that you have to use lots of try..catch blocks to trap exceptions and deal with them before they bubble up to higher levels - otherwise it's a compilation error!

While this can be helpful, I've found that it can lead to awkward bugs in which an exception is eaten higher up, and the default value that's returned by the method that eats the exception causes strange things to happen that aren't immediately obvious - and it's only when you check the log that you realise what happened.....

The other bothersome thing I've found is the deeply-nested folder structure that a Java project appears to generate for even the simplest of projects. This makes it a rather difficult and involved process to find any code outside of the IDE - which I often do because Android Studio is far too slow and bulky just to check on or reference something quickly.

Finally, the last issue that concerns me are the licensing issues that have plagued Java in recent years. If you haven't heard, Google and Oracle (the company that owns Java) have been in disagreement over licensing fees which Oracle claims Google should pay them because they used Java in the making of Android (which is an open-source project). If Oracle are going after Google over licensing fees for just using a language, then what does that say about any projects I do? It's not exactly confidence inspiring, that's for sure. I for one will be keeping as much of my code library out of the Java ecosystem as possible.

Java seems to be the kind of language with a lot of history. While some of this has led to innovations that have ultimately improved the language, I feel that as a language it's being bogged down by lots of bloat and unnecessary garbage that it could really do without. C♯ has done a brilliant job so cutting through this clutter and rubbish, creating a language that both works with you and is easy to understand (except .NET Standard and .NET Core, but that's a story for another time :P).