As a programmer, one of the things that I find most inspiring about programming is that when I have an idea for a digital thing, chances are I have the programming skills to make my dream a reality.

Such is the story behind my latest quick creation: mutate-a-word! I often find naming things difficult, so a number of years ago I built a thing that combines 1 or more words in different ways. I think I've lost it now (it was a long time ago before I started using git), but the other day I had an idea for a similar but different thing that iteratively mutates a given starting word using user input.

With the idea in hand, it didn't take me long to put together a quick web-based project, and mutate-a-word was born!

You can find it here: https://starbeamrainbowlabs.com/labs/mutate-a-word/ 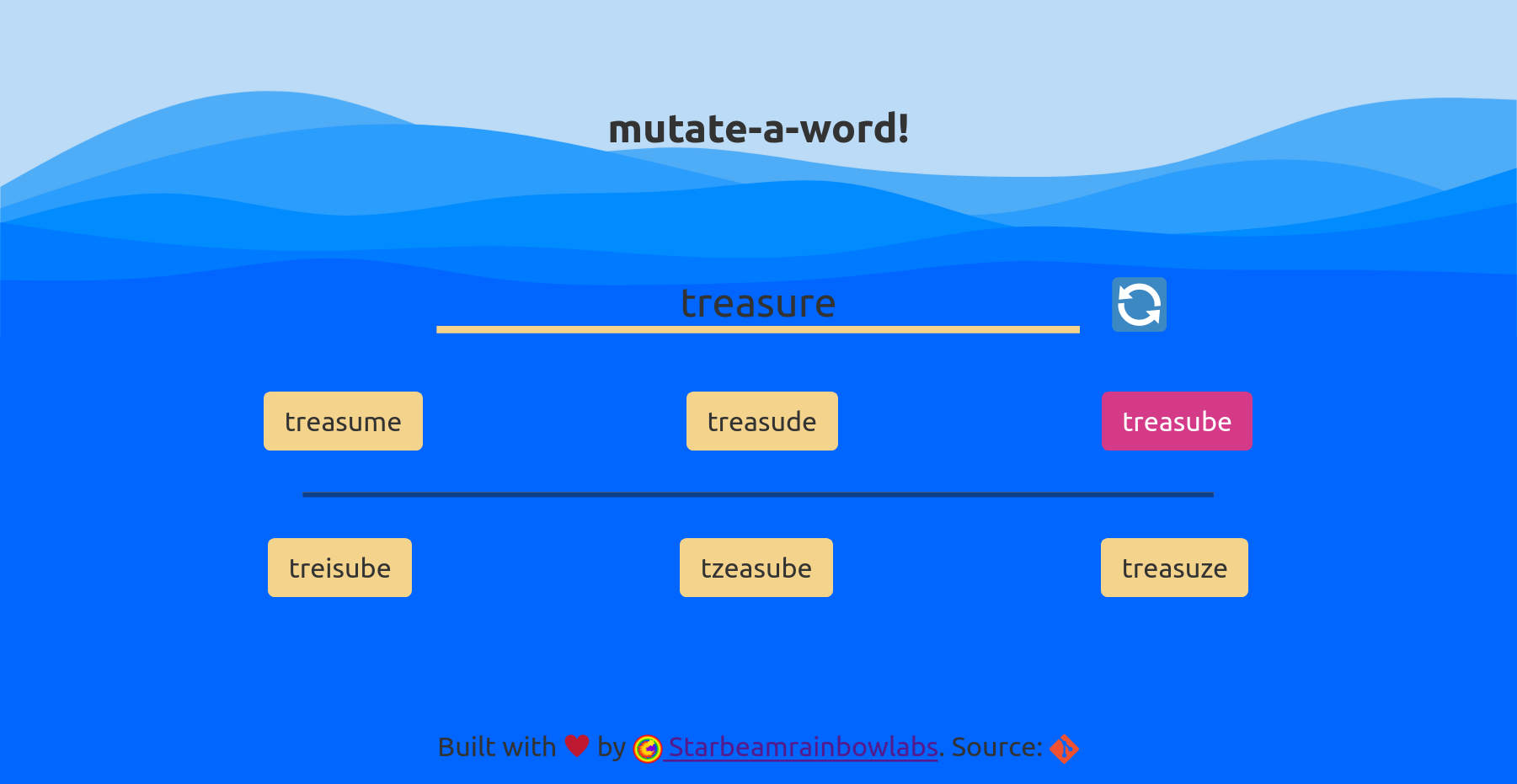 Enter a word in the box, and 3 suggestions will show below it. Then, click on the suggestion that you like best and a new row based on the word you liked will appear beneath it.

When mutating, some basic rules are currently followed:

A special mention is due here to Haikei, the generator I used for the waves you see in the background. While it looks like they may end up going freemium at some point in the future, as of now they are completely free and have loads of generators and options for generating blobs, doodads, waves and more for use in the background of your webpages, and the web interface is pretty snazzy too! I'll definitely be using them again for future projects I think.

If you try out the generator and have some feedback, do leave a comment here. Your comments are both motivating and also help me to improve and make it better!