I've found recently that there are a growing number of things I haven't blogged about on here yet because I either haven't finished them, or I have run into difficulties. I'd like to start blogging about these projects here and there, so in this post I'm going to talk about the Pepperminty Wiki Android App.

For those not in the know, Pepperminty Wiki is a wiki engine I've built myself from scratch that is all packed into a single file using a custom build system. It's pretty stable, and I'm committed to supporting it in the long term - as I have more than 1 rather important wikis hosted using the software myself.

Anyway, as a companion to this I have also implemented a simple Android app companion that reads information from the Pepperminty Wiki Rest API. It's read-only at the moment, but long-term I'd like to build an app that can write back changes as well. 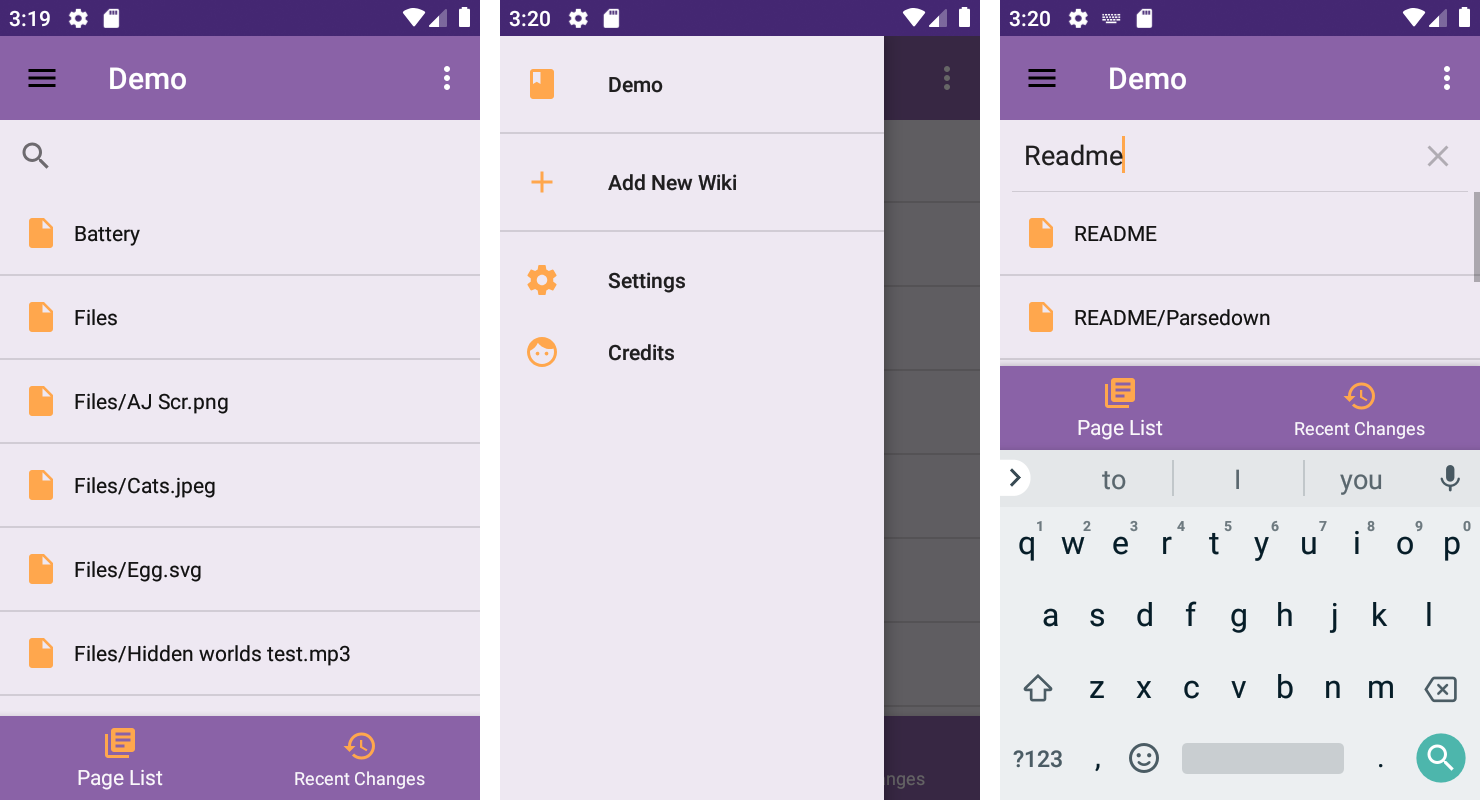 In it's current form, it works quite well actually. It's functional (although there are a few bugs lurking around). You can even download it from the Google Play Store: https://play.google.com/store/apps/details?id=com.sbrl.peppermint

I haven't really worked on it for a while though, and I'd like to talk about why that is.

Trying to implement additional features is where things get complicated though. The app is written in Kotlin, which I found much easier to use than Java (example: spawning a new thread is 3 lines instead of 30!). For some crazy reason when I was reading the guidance on building such an app, one of the guidelines was to keep the class structure as flat as possible.

This was a bad idea.

For so many reasons as well. Without using lots of files and multiple classes, a codebase gets difficult to follow and build upon. Taking this advice has severely impacted my ability to continue to add new features to the project, so a large refactor is needed to bring this under control. Add to this the complexity and ambiguity of the Android APIs themselves (how about a OnListFragmentInteractionListener, or an android.support.design.widget.BottomNavigationView? the API to display a list of things is also particularly complicated), and you can see how it can spiral out of control.

In addition, I've discovered that I have some serious problems updating it for Android 10. When you build an Android app, you have to regularly update the target platform version (I forget the exact name) - otherwise you get nagging emails from Google Play about this (I've had several already). I'm pretty sure you can't use newer APIs either if you don't keep the platform version updated.

It's been a while since I've tried to update it so I can't remember the exact error messages, but I do remember doing some pretty extensive searching around on the Internet and having no luck.

To this end, the app works in its current form quite well, but at some point (eventually) I'm going to make another attempt at writing a replacement for it. To do this though, I'd like to find some kind of framework that eases the process just a little bit - building an Android app at the moment is unhelpfully complicated and a larger time investment than I can afford at the moment with the regular maintenance required - since regular updates have to be done to keep the app updated, which don't seem to serve much purpose at all to me other than being a bother and creating extra work - since often when you update dependencies and the build system behind an Android app everything breaks, which you then have to fix.

This is different from the maintenance for Pepperminty Wiki itself, which is still regular - but constitutes fixing bugs as they crop up and occasionally implementing new features - and it has settled into a delightfully sedate pace that allows me to follow my inspiration. I find this to be much more enjoyable.