While Linux is a whole lot lighter than Windows, there does come a point at which one has to look at reducing the amount of stuff that's on one's hard drive.

Thankfully, there are a number of possible things that we can do on Linux to find and delete large, bulky, and extraneous files, and I thought I'd post about them here.

Firstly, there's the Disk Usage Analyser, or baobab. It's a graphical interface that shows you what your hard drive looks like: 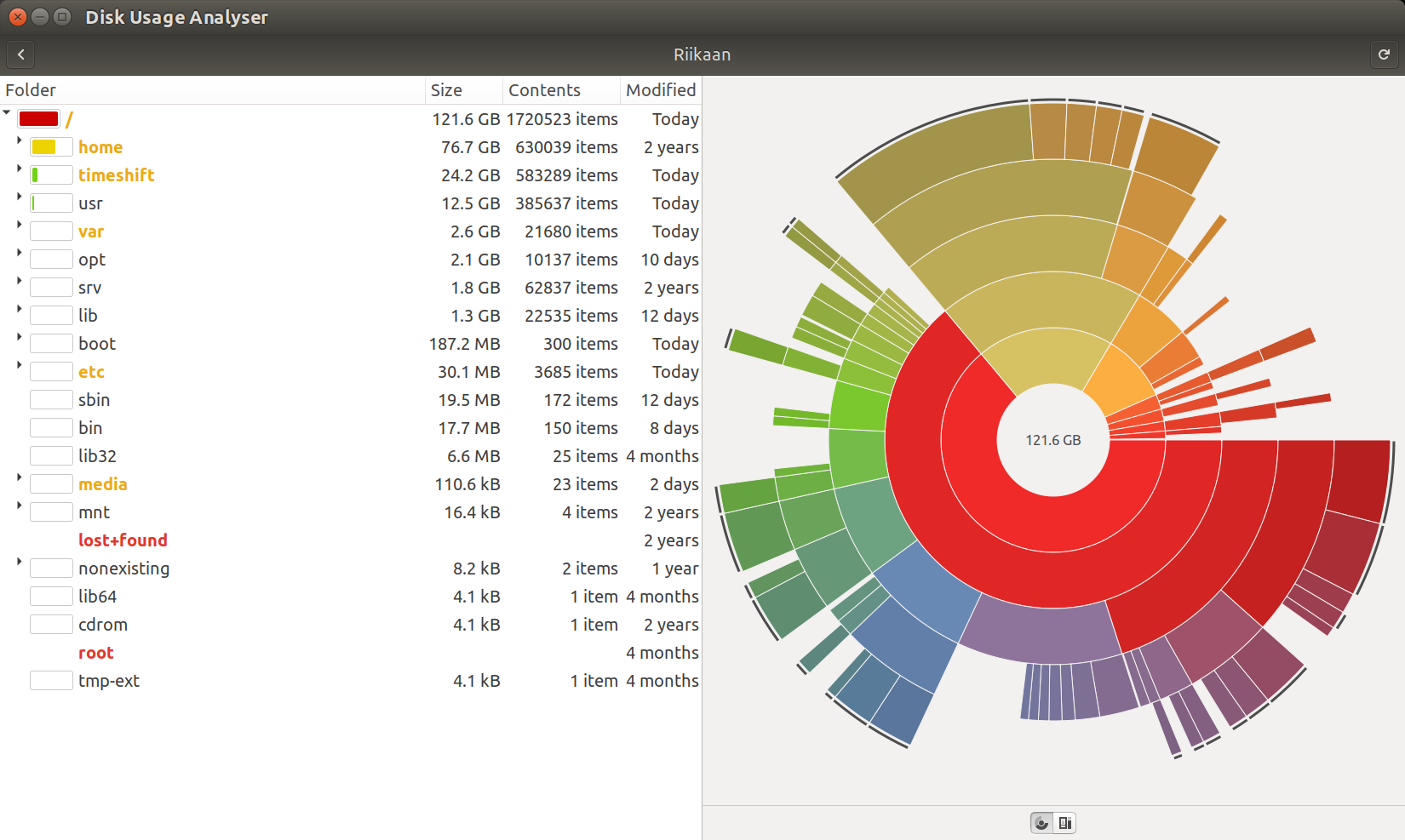 Personally, I really appreciate the diagram on the right-hand side - it's a wonderfully visual way of displaying hard disk usage. By right clicking on a directory, you can send it to the recycle bin (don't forget to empty the recycle bin later! Recycle bins on Linux are per-user, so you'll need to make sure you empty them all - you can do root's by doing sudo nautilus and navigating to the recycle bin).

By default the program starts under your current user, so to do it for any directory you'll need to use sudo:

If you don't have a GUI (e.g. if you're trying to clear out a server's hard disk), there's always ncdu. This, unlike the Disk Usage Analyser, isn't installed by default (at least on Ubuntu Server), so you'll need to install it:

Then, you can get it to scan a partition:

In the above, I'm scanning / (the root partition) with sudo - as not all the files are under my ownership. The -x ensures that ncdu doesn't cross partition boundaries and end up scanning something silly like /proc. 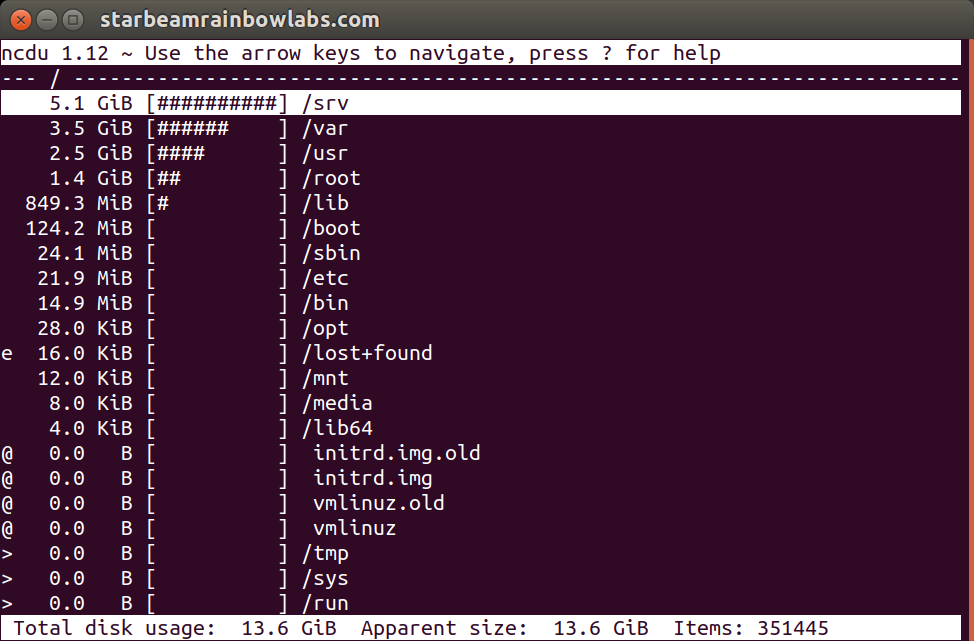 By using these tools, not only was I able to clear out a bunch of files my systems don't need, but I also discovered that /var/log/journald was taking up 4GiB (!) on my laptop's disk. 4 GiB! On systems that use systemd, journald is used to store and manage some log files. It's strange, weird, and I'm not sure I like the opaque storage format, but there you go.

Unlike syslog and logrotate though, it doesn't appear to have a limit set on when it should delete logs. This has to be done manually:

Found this helpful? Got another great tip to save space on disk? Comment below!