You're probably already aware that Adobe announced that they are ending support for flash at the end of 2020. You're browser has probably already disabled the plugin by default. This is good news for the web as a whole, but what about everything left behind?

What if I said that at the end of 2020 we'll lose an entire chapter of the Internet's history? I'm talking about the masses of content on the internet that's powered by flash. While the Internet Archive probably has a considerable portion of ti archived already, that's only the beginning of the issues at hand.

For example, much of the flash content of yore had what's called a site lock, which prevents it from working on any site other than specifically-approved domains. This was very useful in prevent thieves from taking off with valuable content, setting up a competing website, and earning tons of ad revenue from it, but it's a hindrance to archiving efforts.

The other problem at hand is that if Adobe end support for flash, it isn't going to stick around in our browsers for long after that - so we'll lose the ability to run all this flash content that makes up such a huge part of the Internet's history.

A scary thought, to be sure! Thankfully, all is not lost! Dedicated volunteers have set up a project called Flashpoint, which serves to not only archive all this content, but build a series fo programs that will allow people for generations to come to run said content - through the use of clever hacks such as an intelligent local proxy, and tools such as the standalone projector version of flash, Pale Moon, and other such software. 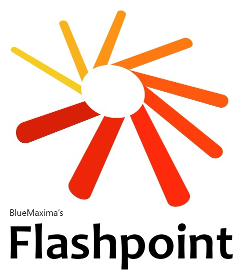 If you're interested in checking it out, I suggest heading over to Flashpoint's website and downloading the Infinity version - this downloads the content you wish to run dynamically - instead of all at once (totalling ~34GiB O.o). There's even a master list (also here) listing everything archived so far.