AT24C64 EEPROM and the Arduino

For a project of mine I've bought a bunch of parts. One of those are a bunch of AT24C64 EEPROM chips - which are basically really small SD cards which, in this case, can store 64 KiB of data - even when the power is switched off, as you'd expect.

I ended up having a bit of trouble getting it to work though, as the Arduino IDE appears to have been abandoned and I don't think it's still in development. Still, it works well enough. Anyway, I thought I'd document my findings here for future reference, and to save you a bit of trouble if you find yourself in a similar situation!

The first issue I ran into was in trying to get the associated library to work. I kept getting errors like these:

Strange. I thought I'd added the #include "lib/AT24Cx/AT24CX.h" to the top? Sure enough, I had. It turns out that the problem actually lay in the fact that I'd used a git submodule to bring in the AT24Cx library, such that the library was not located in the same folder as the .ino file - so the Arduino IDE, in all its wisdom, decided that including the library's .cpp files was hardly necessary O.o

The solution I found was to #include the .cpp explicitly like so:

The other issue I stumbled across was that it couldn't find my EEPROM chip via I2C. Even the demo I2C scanner couldn't find it! It turned out, after searching up a storm on DuckDuckGo, that I needed a pair of 1kΩ resistors stretching from the I2C pins tot he +5V power rail. Here's a diagram I created in Fritzing to show you what I mean: 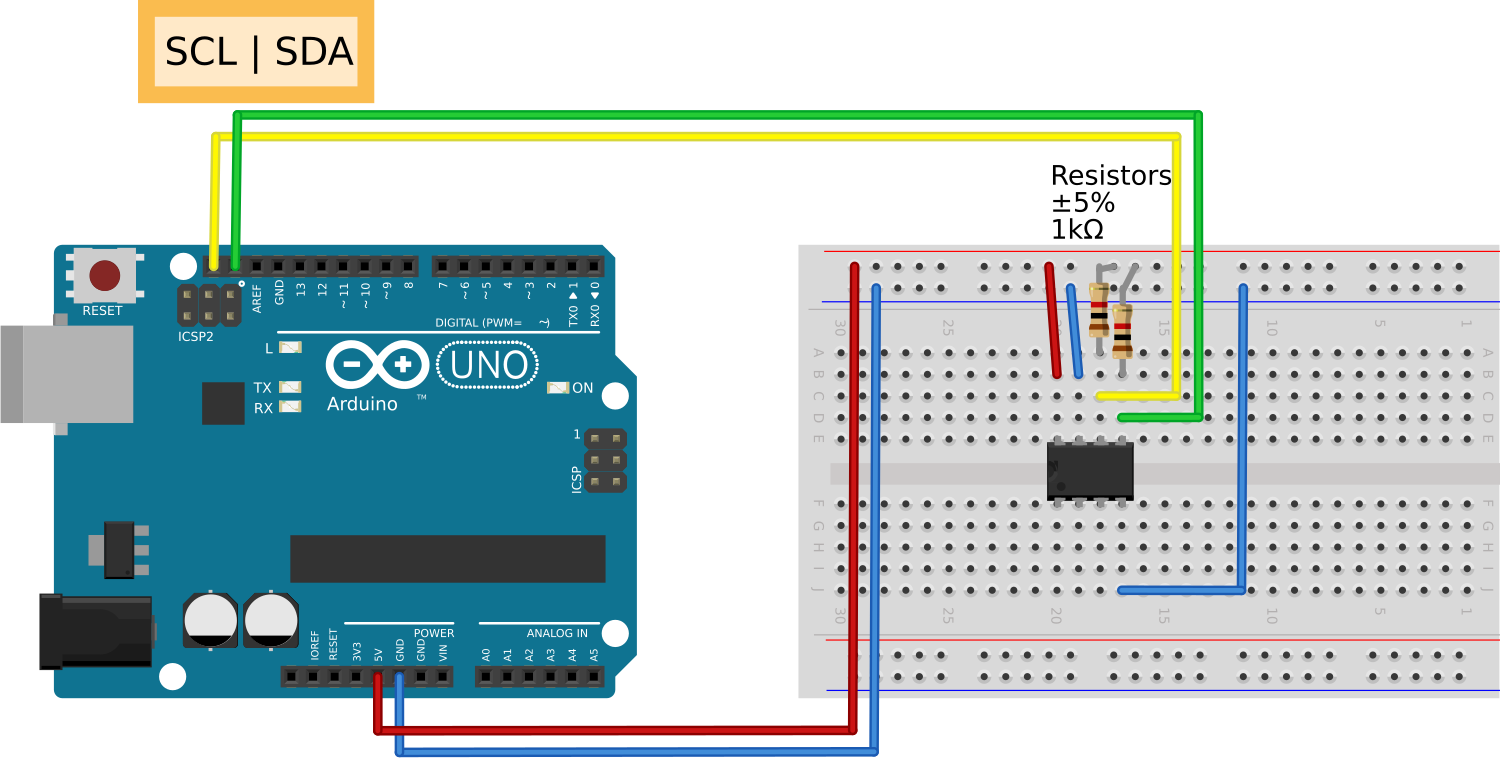 As usual with the various arduino test programs I find / write, you can get a hold of them in my main arduino repository on my personal git server.

thanks for this guide :)

And I didn't know you could interface with it with the analogue pins. I'll have to try that out - it sounds like a great idea to save some digital i/o pins :D

For those looking for the datasheet, it's here.

Looks like the A0, A1, and A2 pins can be used to change the I2C address of the chips to allow daisy-chaining them together. It also looks like it's the A0 pin you can to change first - and they need wiring to the positive power rail to alter them.