The HTTPS version of my website is insecure? Nonsense! 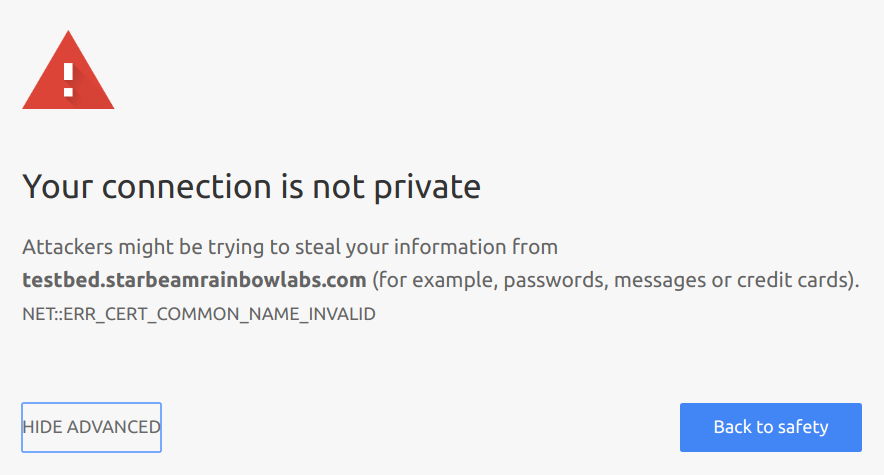 I'm still rather ill, but I wanted to post about an issue I've just had with my website. Upon visiting my website in the latest version of chrome beta (57 as of the time of typing), I discovered that chrome had decided that the connection was 'insecure'. It didn't tell me precisely what the problem was (even in the developer tools :-) - why would I possibly need to know that? - only that it considered it insecure.

After googling around a bit, I didn't find any specific articles on the subject - their recent move to start considering regular http connections insecure is swamping all the relevant articles in the search results I suspect.

The big clue came when I discovered that one of my subdomains that uses a letsencrypt works as expected. You see, the main website actually used a StartSSL certificate. My running theory is that even though my certificate was an SHA2 cerrtificate, chrome decided that it was not trustworthy as there was an SHA1 certificate in the trust chain somewhere.

The fix: Replace all my existing StartSSL certificates with Let's Encrypt ones. It seems to have fixed the issue for now. I also discovered that Let's Encrypt certificates can also be used in mail servers (i.e. SMTP and IMAP) too - so I don't have to go and fiddle about with finding an alternative certificate provider.

In future, it would certainly be helpful if Google actually told people precisely what they were going to do before they do it....!

Was this useful? Could it be improved? Would you like a Let's encrypt tutorial? Let me know in the comments below!

Oh, it's worth noting that this blog post's image isn't actually a direct example of the issue in question, since I wrote this post -after_ fixing the problem, and I didn't think to get a screenshot :P