Getting started with arduino

Since I've been playing around with the Arduino a bit recently (thank you Rob!) I thought I'd write a quick post on how you can get started with the arudino and it's many variants.

If you're into creating electronics and creating circuits, then the arduino is for you. The arduino is a small electronic board that you might find some variant thereof in your thermostat at home, or Rob's thing-o-matic for example. You'll probably find something akin to an arduino in most embedded systems.

To get started, you'll need to buy an Arduino Uno (you can probably find it cheaper elsewhere). Some LEDs, resistors, and jumper cables wouldn't hurt either.

Once you've got all that, you can start to have some fun. To compile and send programs to your new arudino, you'll need to download and install the Arduino IDE from the official arduino website (direct link for debian / ubuntu users). Once installed, connect your arduino to your computer using the supplied cable and open the IDE.

With that out of the way, we can start to test out our arduino! Arduinos are programmed using a variant of C, which is similar to GSGL. To get started quickly, let's send some example code to our arduino to start with. In the file menu, go to Examples->01. Basics and select Blink. 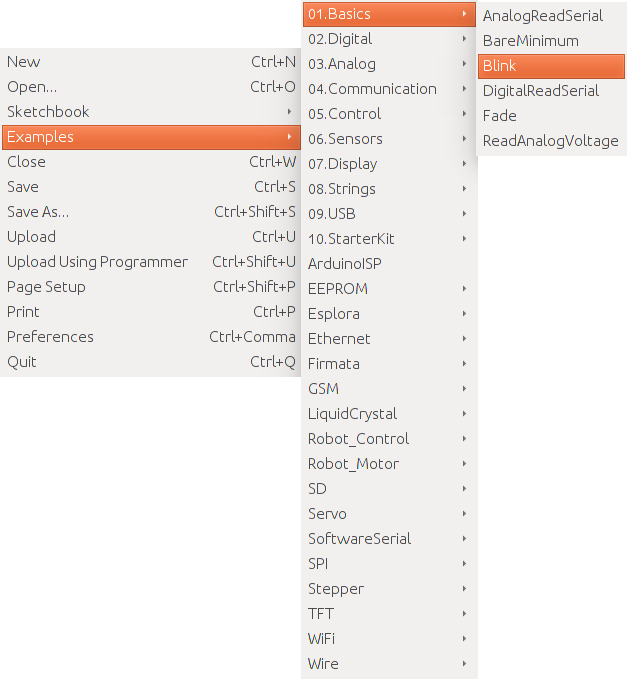 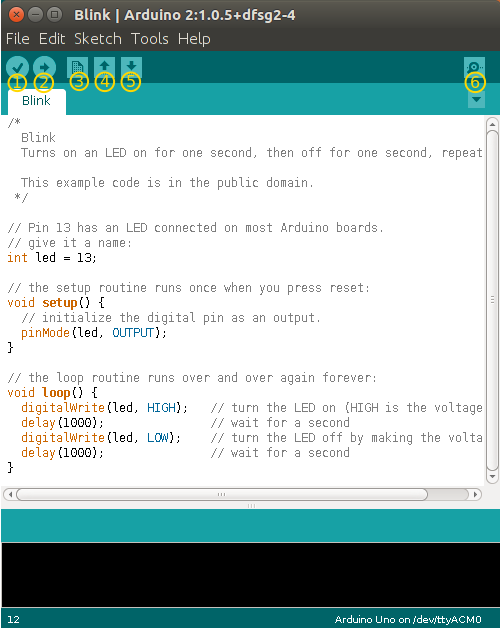 The other buttons are also useful. Here's an explanation:

That just about covers my very basic getting started tutorial for the arduino. If you've got any questions or comments, please leave them down below.