GalleryShare - Share a folder on your computer with a friend

Just yesterday, I was browsing my repositories on both my personal git server (git.starbeamrainbowlabs.com) and GitHub, and I stumbled across a program I wrote a while ago and then completely forgot about. It lets you share a directory of files and pictures via http. The picture above is from the wallpapers folder on my laptop here!

On further inspection, I discovered that it didn't require too much work to tidy it up for a release, so I spent an hour or two tidying up a few things, and here is version 0.1! My, it's been far too long since I've blogged about a release of something on here....

In the future, I might add an optional graphical interface to make it even easier for people to use :D

It's actually quite simple. It's powered by the System.Net.HttpServer class (so Windows users will either need to install mono or give it administrative privileges, which is a real shame) since I originally wrote it before I put the GlidingSquirrel together, though it does have it's own routing system of my own devising.

The pages it serves themselves are actually plain XML files, which are rendered with XSLT by the user's browser. This keeps the content that GalleryShare has to dynamically generate simple, and has the added benefit that it can be generated with C&csharp's System.Xml.XmlWriter class. It's practically a browser-side templating system, which also has the added benefit of providing an XML-based API for others to consume.

Thumbnails are generated with C♯'s inbuilt System.Drawing image handling functions - I did initially want to use Magick.NET (C♯ bindings for the awesome ImageMagick library) has the System.Drawing classes appear to be a bit funny about the images they'll accept, but Linux support doesn't seem to have landed just yet.

Are you interested in a more in-depth look at how GalleryShare renders thumbnails, or outputs XML? Perhaps the XSLT has caught your eye. Let me know in the comments below!

The online tool I am releasing today is another one of the projects I did a while ago (December 2013 in this case). The difference here is that someone asked me to build it for them. The tool allows you to stich a number of still images into an animated gif.

Having an online version of the tool on a server that I own seems like a good idea (so I can keep it up to date) - so I am releasing it on this site for you to use.

It uses a javascript library called gif.js to render the still images as an animated gif. Please bear in mind that all the rendering is done on your computer! Nothing is uploaded to the server at all. If you refresh the page, everything will be reset.

A description of the options and known issues can be found below. If you just want to skip all that and play around with it for yourself, please follow this link:

A description of all the options available can be found below:

A '*' indicates an advanced setting.

A while ago I played around with creating a parallax effect with stars on an HTML5 Canvas. After tiding up the original code I wrote a little bit, I have decided to release it in this website. It will not, however do well as a screensaver due to the high CPU / GPU usage it induces because of the inefficiencies in the code.

It can be found here: parallax scrolling stars

I will (hopefully) write a technical post in the near future that will explain how it works, including an explanation behind the high CPU / GPU usage. 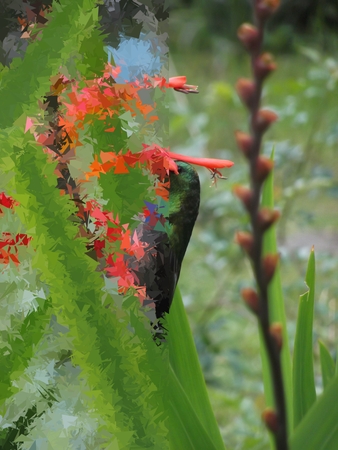 Along with the new site design, I have released a small project of mine - an image trianglifier. Although it has a weird name (that is even more difficult to spell!), it's function is quite simple: It draws a customisable number of triangles on an image of your choice.

You can find it here.

To use it, simply drag an image onto the page or click "Choose file". When the image has loaded, your image will appear in the left. Click the render button to trianglify your image. The image size is limited to 1000 pixels due to a bug that crashes chrome when you try to render large canvases to a file. If anybody has any idea how to fix this, please leave a comment below.

You can also change the settings at the right hand side in the dat.gui interface. Each setting is explained beifly below:

More information about each setting can be found by clicking "Click to toggle description" below the blue box. Still don't have an answer to your question? Leave a comment below.

Suggestions for improvement are always appreciated.