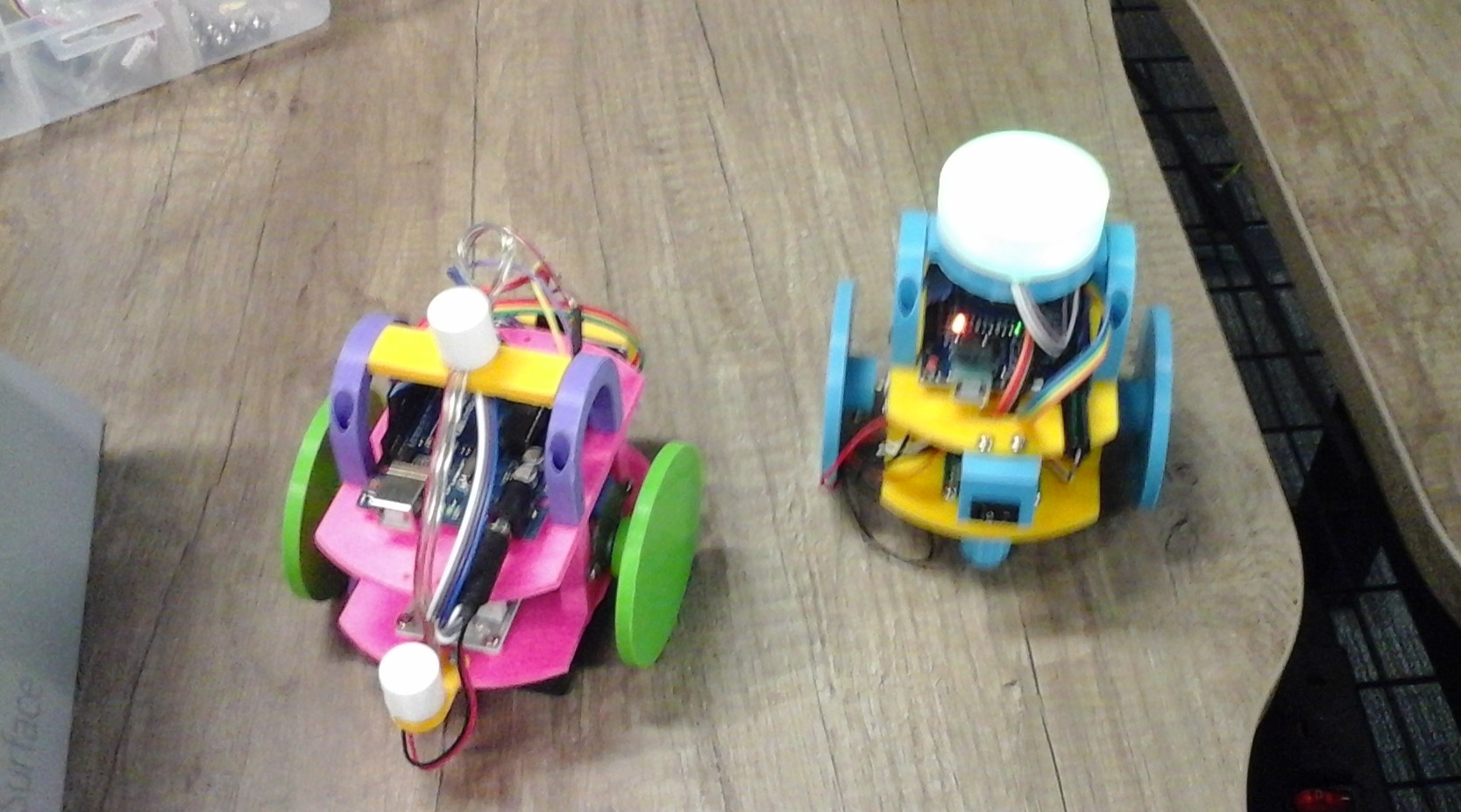 I went to the hardware meetup again today. For the last 2 times I've either managed to forget or I've been on holiday (probably both...), but I remembered this time around and I decided to go. I'm glad I did, because, with Rob's help I fixed my robot! It is now trundling around on the floor quite happily :D

The problem was that I assumed that the digital pin numbers on the wemos D1 R2 were the same as the GPIO pin numbers, which isn't the case apparently. Here's a table:

Very odd numbering. It's rather frustrating actually! Anyway, there seemed to be quite a lot more people there this time as compared to last time - it looks like the idea is taking off, which I'm very glad about :-)

If you're in the Hull area and interested in hardware, you should seriously consider coming along. There's a page on meetup.com that contains the details of the next meetup, but the general rule of thumb is that it happens at C4DI every first and third Thursday of every month at 6pm - 8pm.

Before I forget, I'm going to end this post off by posting the modified version of Rob's hull pixelbot dance code that works on the Wemos: