The subreddit /r/proceduralgeneration has recently set up monthly challenges, and after missing the first one I decided to enter the second one. February's challenge was to generate random castles procedurally. The challenge was a lot of fun to take part in - my entry can be seen above.

I've published the code behind my entry on Github, too if you're interested in checking it out.

There were 15 other entries apart from mine. Here are all the entries next to each other: 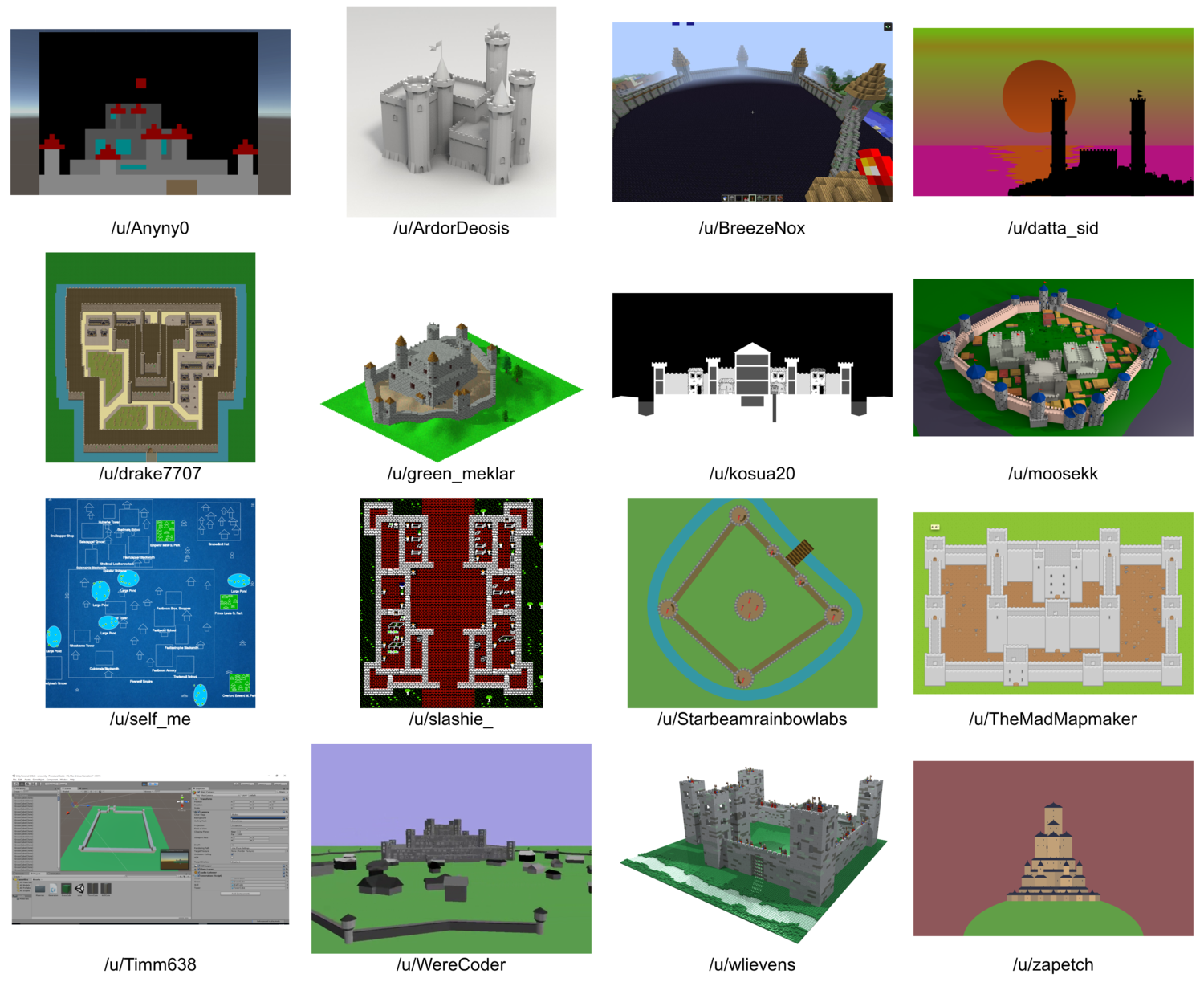 I liked zapetch's because although it's 2D, the generated castles are very varied and they look nice and simple. Moosekk's was great too - The towers look complicated and it has buildings and trees too. Comment down below with your favourites. Why did you like them? Voting is now open - please go and vote here. Your votes will decide who gets to decide on the next challenge!

Since I can't write a post on something that I've done without explaining just a little bit about how it works, I've written up a quick overview below. If anyone is interested in a longer writeup or any specific part of the generator, please comment down below and I will get back to you as soon as I can.

The generator works by picking a random regular shape, and then randomly altering the location of each of the resulting corners a little bit. After that the towers (and their stairs) and the keep are generated, and the flags are placed. Since the wind only flows in one direction, all the flags all face the same direction.

The moat is generated as a closed smooth line, with it's control points generated by taking the corners of the castle and moving them a set distance away from the main keep. Since the moat originally was way too wide for the drawbridge (whose parameters don't actually have anything to do with the moat at all!), I added a pair of extra control points to the moat's smooth line to bring it closer to the 2 towers that sit either side of the entrance (the moat was built intentionally, right?).

Originally I was going to generate random buildings inside the castle and draw paths between them, the towers, the keep, and the entrance, but the maths behind that got rather complicated and I didn't have time to wrap my head around it. I was also going to generate random people in the castle too, but again I didn't have time for this. I'll probably come back to this at a later date and work on these features.

If this challenge looks interesting, then /r/proceduralgeneration are hosting another challenge this month - this time the challenge is to procedurally generate a side-scrolling platformer.